Huge thanks to congregant Gareth for this guest post!

In addition to encouraging people to live better, help often and wonder more, the Sunday Assembly held on the 22nd of February in Brighton celebrated creativity.

It was definitely agreed that two songs were better than one as service kicked off with a full-throated rendition of Queen’s mighty ‘Don’t Stop Me Now’ followed swiftly by ‘Walking on Sunshine’ by Katrina and the Waves.

The reading was a delightful excerpt from the website Letters of Note, in which committee member Catie told the beautiful response by Kurt Vonnegut to a group of students asking him to come and speak at their class. Alas, he was an old man in his 80s and was not able to attend, but his words of encouragement, to write a six-line poem and then tear it up and put bits in different bins, struck a chord (my downstairs neighbour doing just that after the service).

After Morecambe and Wise’s delightful ‘Bring Me Sunshine’ we moved along into the main talk.

The speaker Maggie Boden then shared her significant insights into the field of creativity, her lecture breaking down creativity into three aspects:

We then welcomed back Richard Robinson, organiser of the Brighton Science Festival and firm Sunday Assembly favourite. Richard’s talk was on the theme of failure, most notable creative failure, retelling a number of familiar and unfamiliar tales from the history of science that relied upon failure to succeed. My favourite being potato crisps being invented by an overly stubborn chef who had chips sent back to him twice for not being crisp enough, so he used a razor blade and fried them until they were that crisp they snapped. He was rewarded by two repeat orders and snacking has not been the same since.

The service drew to a close with the congregation of 170 up on their feet give it their all to the theme to Flash Dance.

Hope to see you in March 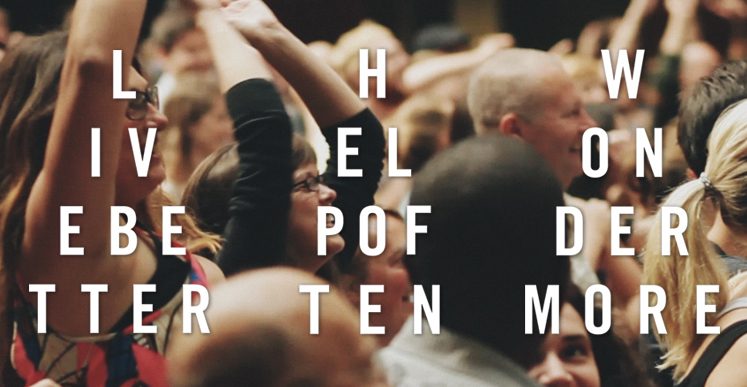